How did Chelsea dominate Real Madrid to reach the Champions League final? We analyse Tuchel's team's triumph with our metrics and tools. 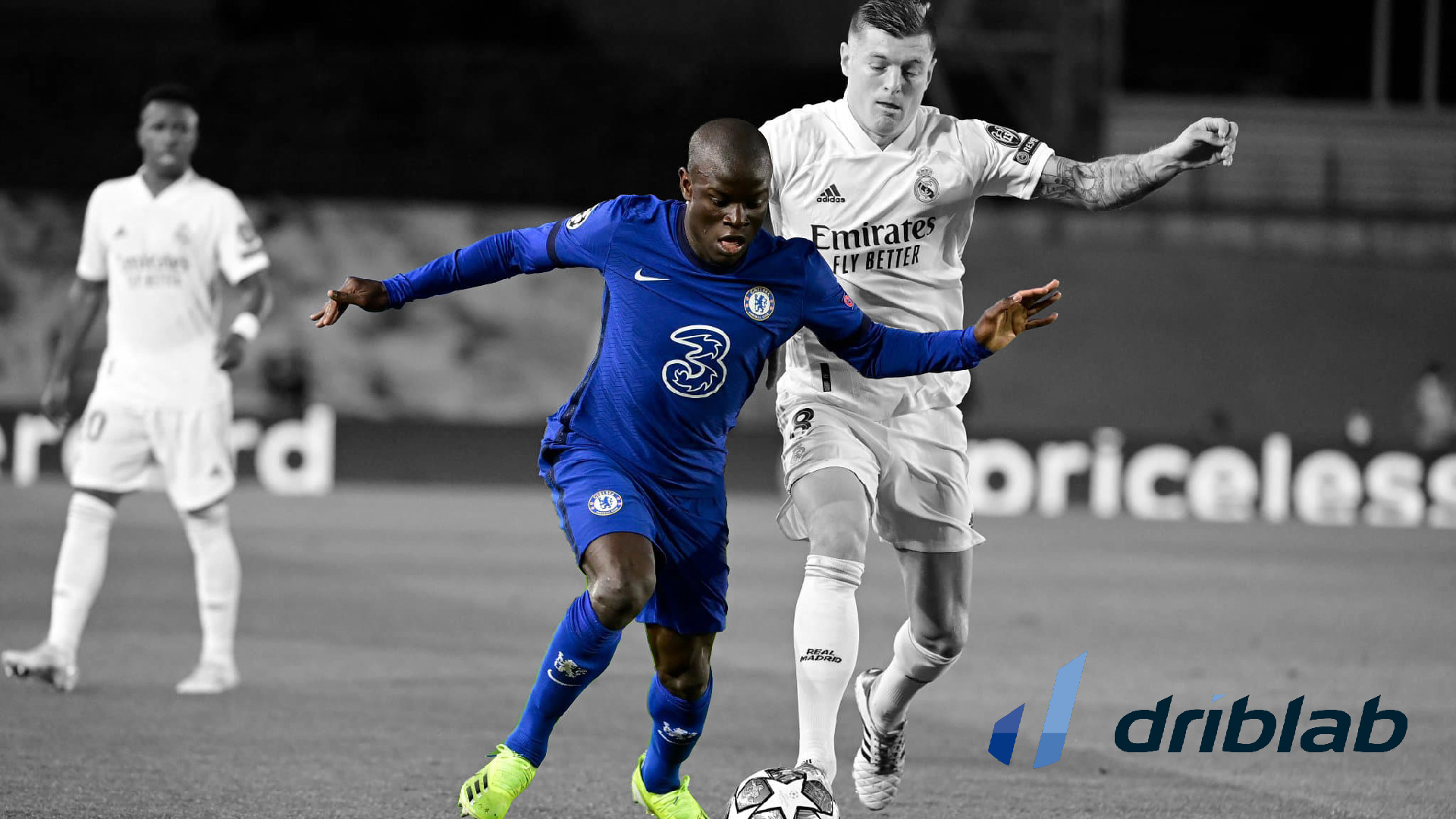 Thomas Tuchel’s Chelsea will be in the Champions League final in Istanbul on 29 May. And they have achieved it by being hugely superior in the second game against Real Madrid, in a very different way to the first leg, proving that they are one of the most competitive and versatile teams of the moment. We analyse their 2-0 win with our ‘Post Game Analysis‘ tool.

Focusing on how they achieved victory and a place in the final, Chelsea played a very different game, giving the ball away much more but dominating by stealing it wherever they wanted, making Real Madrid play in areas that were not very dangerous and with the ball-holder always under pressure. If in the first leg their percentage of possession went up to 49%, this time Tuchel’s team only had the ball for 32%, but that not only did not diminish their chance creation, it increased it. Both the overall figures and the xG (expected goals) reflect the Blues’ superiority.

Giving up possession but not the initiative to switch from defence to attack, Chelsea were especially damaging in space in the last 25 minutes of each half, creating the best chances and having the chance to seal the tie before the second goal, scored in the 84′ of the match.

With our ‘Game Flow‘ tool we can see more quickly and directly how control of each phase fluctuated between the two teams, with Chelsea frequently finding Courtois, thanks to combinations between Havertz, Werner and Kanté, surely the man of the match.

Very interesting on this occasion to see what Real Madrid’s pass map was like. Needing a goal from the start of the game, Chelsea gave them the ball but no space or corridor to progress through, jumping and chasing every inside pass and being very aggressive on the outside marks, with Azpilicueta on Mendy and Chilwell on Militao.

Madrid had to pass back a lot to restart and their attack could hardly be deep, as reflected in the aforementioned ‘Pass Map‘. Chelsea thus eliminated Real to face Manchester City in the final.

The page you requested could not be found. Try refining your search, or use the navigation above to locate the post.